Bazinga ! Sheldon and Leonard’s apartment is ready! You can now dive into Apartment 4A and visit each corner of  Dr. Sheldon Cooper and Dr.Leonard Hofstadter’s universe, the 2 main scientists of the well known American TV show “The Big Bang Theory”, created in 2007. 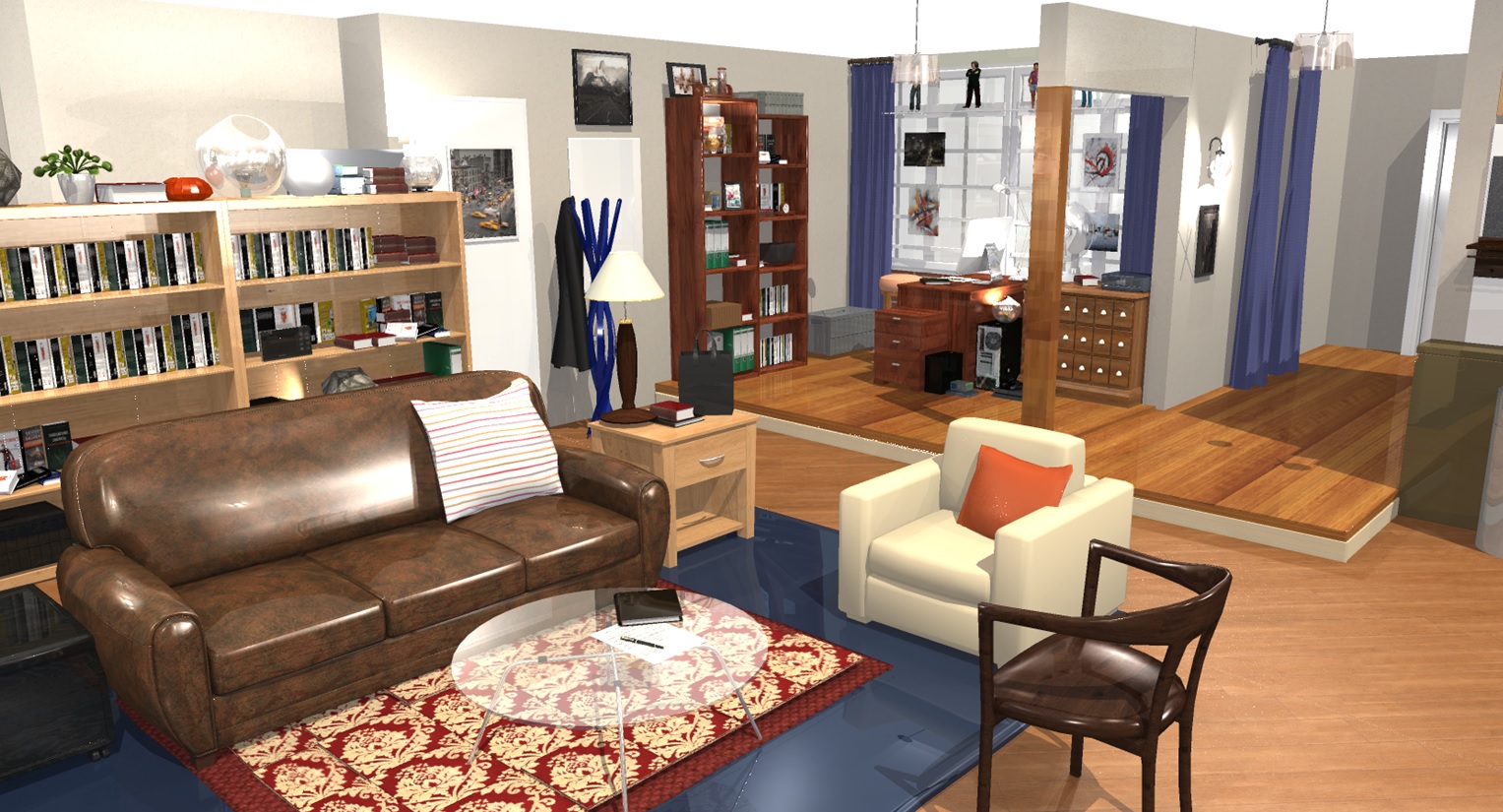 Their flat is the place where most of their adventures occurs: that’s where they eat Chinese, watch television, play video games, read Comic Books, try new cosplays, and meet with their “nerd” friends Howard and Raj and their pretty neighbor Penny (a waitress who works at the “Cheesecake Factory”).

Our team really enjoyed designing it as we discovered in their apartment a lot of geeky accessories and incredible comic books inspired objects. We couldn’t recreate them all because of their specific shapes but we had a lot of fun trying to be as realistic as possible.  We recreated the flat thanks to a 2D floor plan designed by artist Inaki Aliste Lizarralde that we uploaded on HomeByMe. 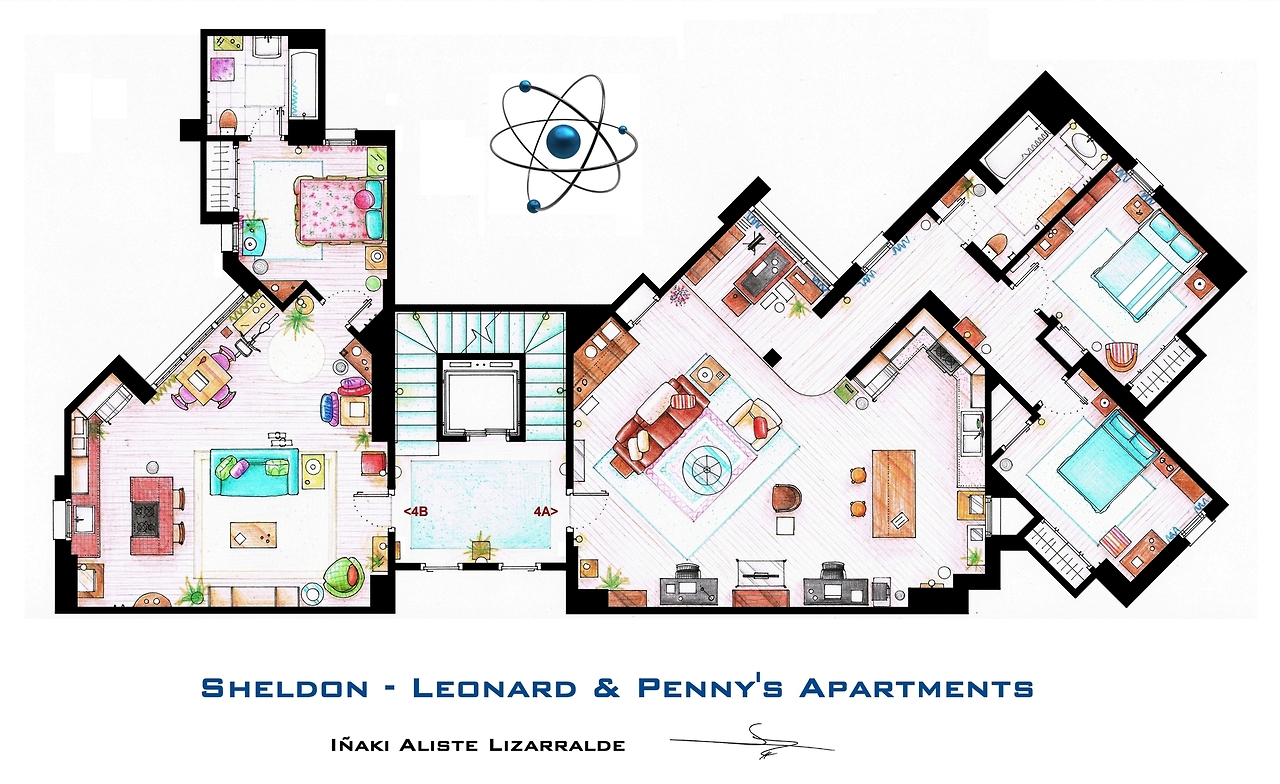 Once the walls were built, we entirely furnished the flat. Here’s the result in 3D: 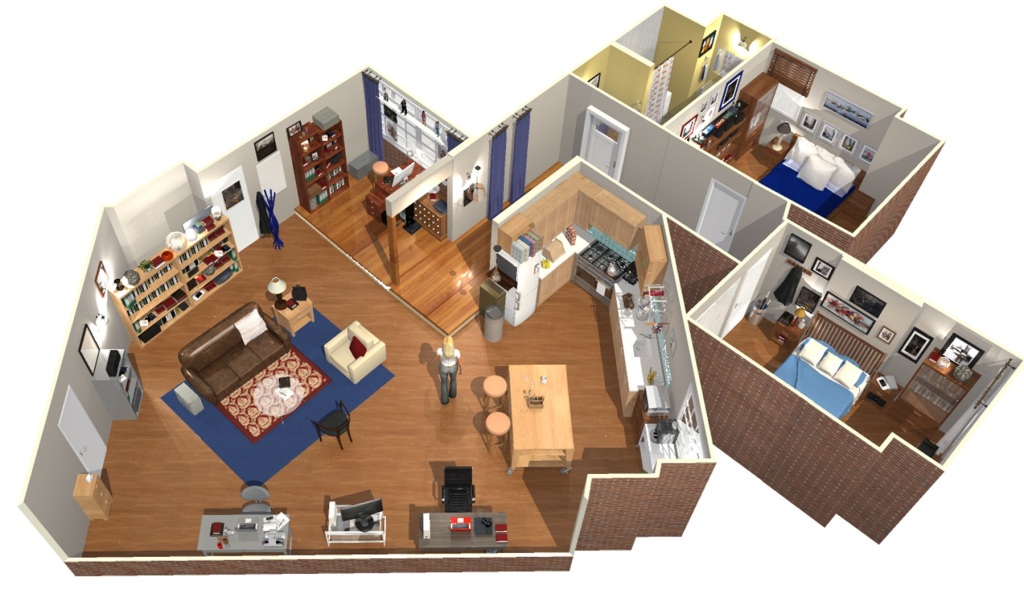 So, as Howard would say, step now into the “Nerdvana”:

This is the living-room where you can find the couch and Sheldon’s private spot on the left end of the couch: a particular seat that is his, and no one else is allowed to sit in it.  Sheldon’s explanation: “in the winter that seat is close enough to the radiator to remain warm and yet not so close as to cause perspiration. In the summer it’s directly in the path of a cross breeze created by opening windows there and there. It faces the television at an angle that is neither direct, thus discouraging conversation, nor so far wide as to create a parallax distortion. “

The kitchen, open to the living room: 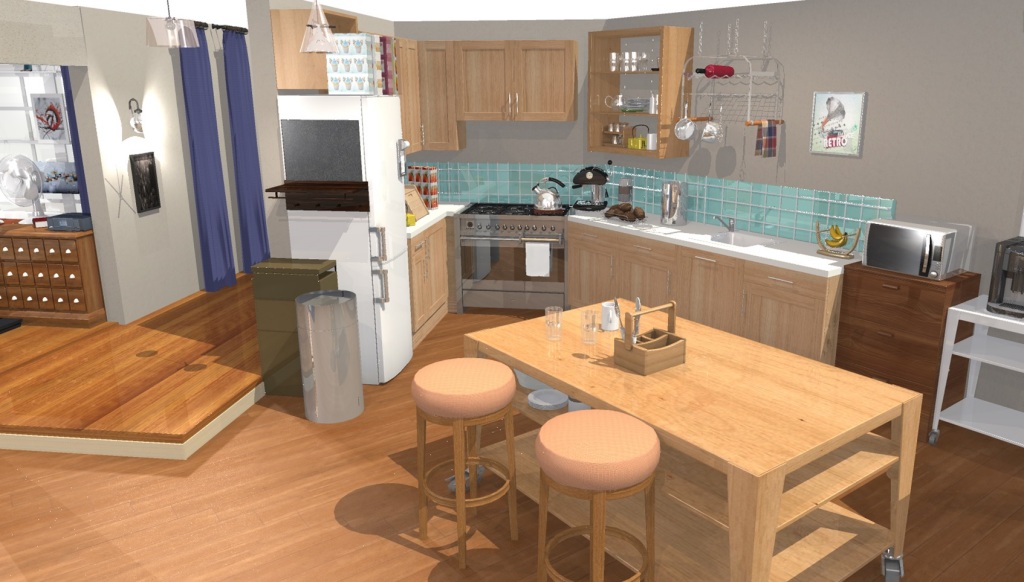 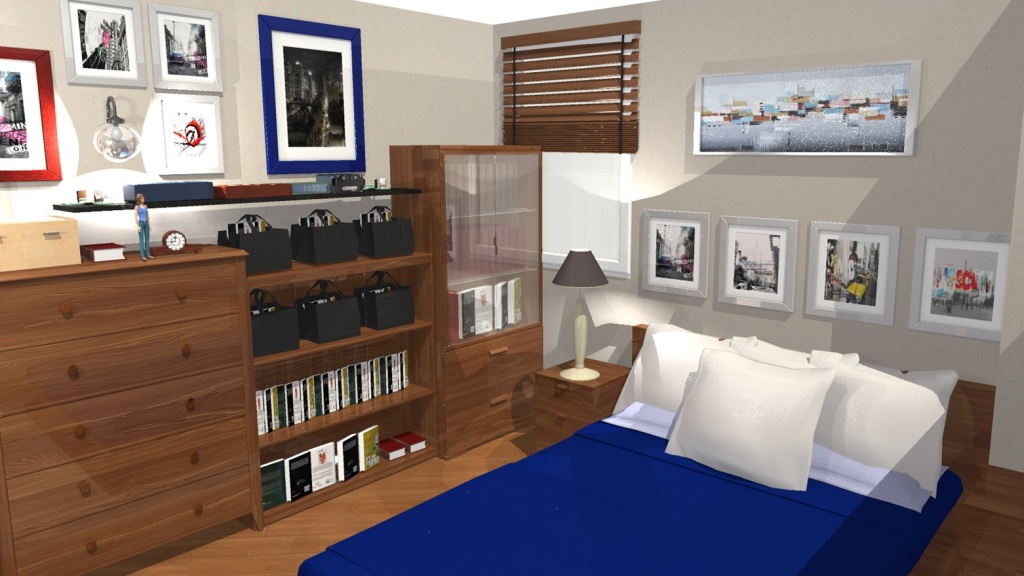 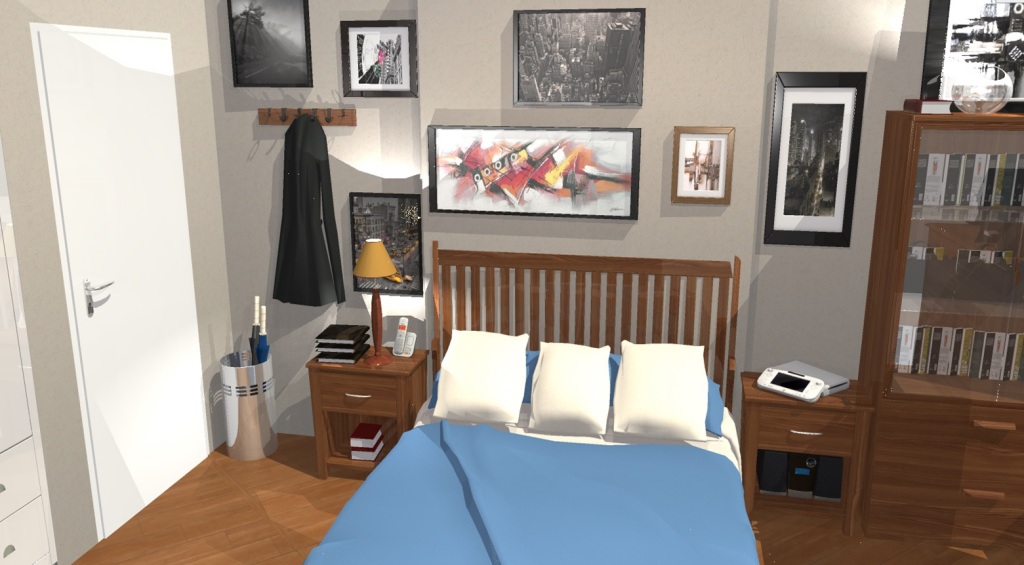 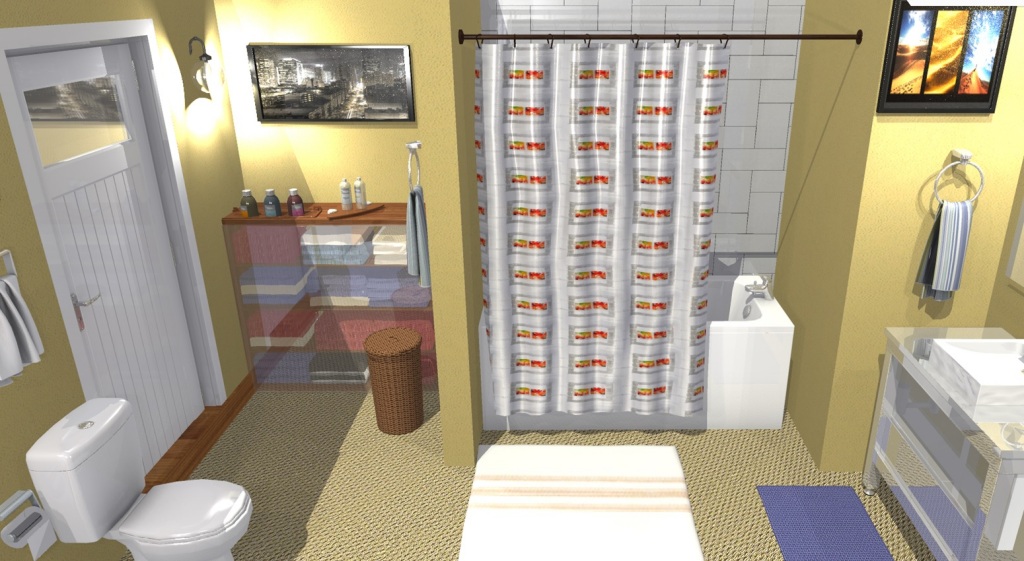 We hope you liked it! The apartment is currently decorated as it was when Leonard and Sheldon lived there in Season 1, but the artwork changes frequently, so feel free to redecorate it by copying the project in HomeByMe. Don’t hesitate to share it with your friends on Facebook , and to follow us on Twitter.